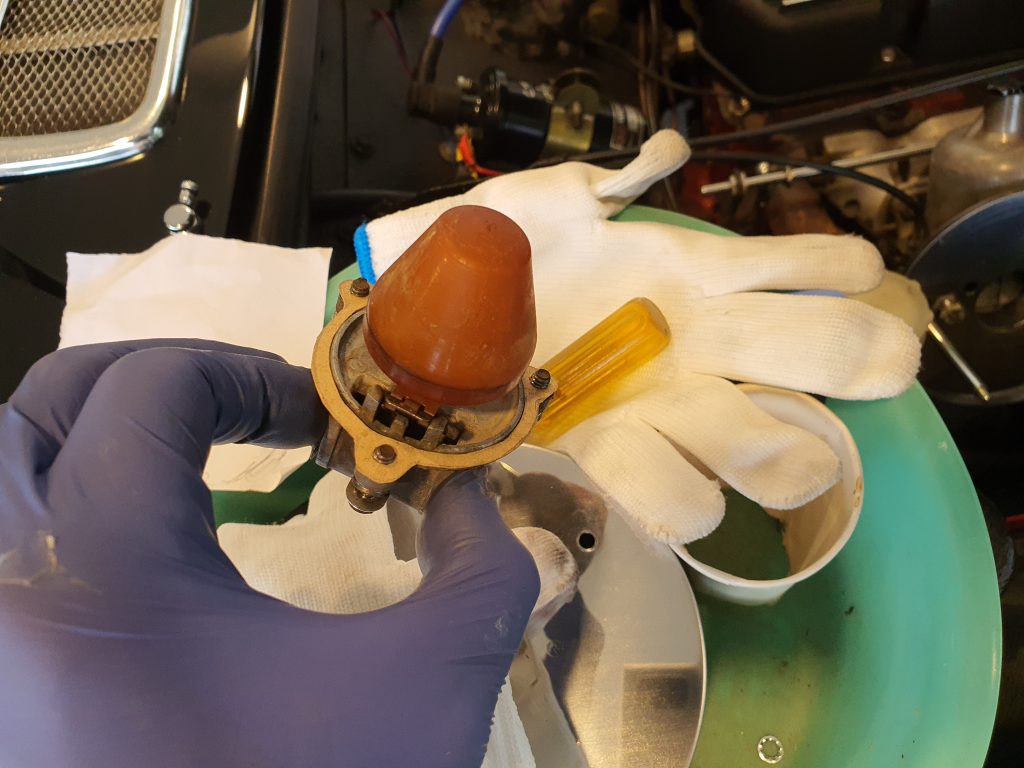 I have one of the gasket on the float camber replaced few months ago when it was leaking. I bought a large piece of gasket paper to custom cut the float camber gasket myself. The old gasket was still on the camber when I removed it, so I can used it as my template for custom cut purpose.

My Volvo has engine dieseling problem. It was getting much more serious than before. The engine would continue to run and choke for at least 5-10 seconds before dieing down. One of the carburetor even sprayed petrol out from the top surface of the flat right before the engine shit off. I was worried that the petrol might cause fire.

I am not sure if the petrol spill was due to the gasket of the float camber or not, but it is worth changing.

Today, a lovely Sunday. After a short nap in the afternoon, I decided to take a look at the engine. Just 3 screws to untight to remove the float camber cover. Cutting the gasket template took a few minutes. Installing is easy. Trim the gasket a little to make sure that it fits right.

While the float cover was out, I cleaned the needle of the flat using STP CARB CLEANER. The needle looked rusty. I hope I have cleaned it well.

After reinstalling the float cover, I started the engine for a few minutes, but not long enough to warm up the car to test the dieseling issue. I switched off the key and the engine shut off immediately. Good initial sign but I am not convince yet. Will need a longer warm up and test drive tomorrow.

Did a 15 mins warm up and drove the car for a few km before reaching the office. When I switched off the key, the engine is still experiencing dieseling. Same like before, 5 seconds or more. However, there is no petrol spill from the carburetor now, which is a good sign.

Improving one bit at a time…