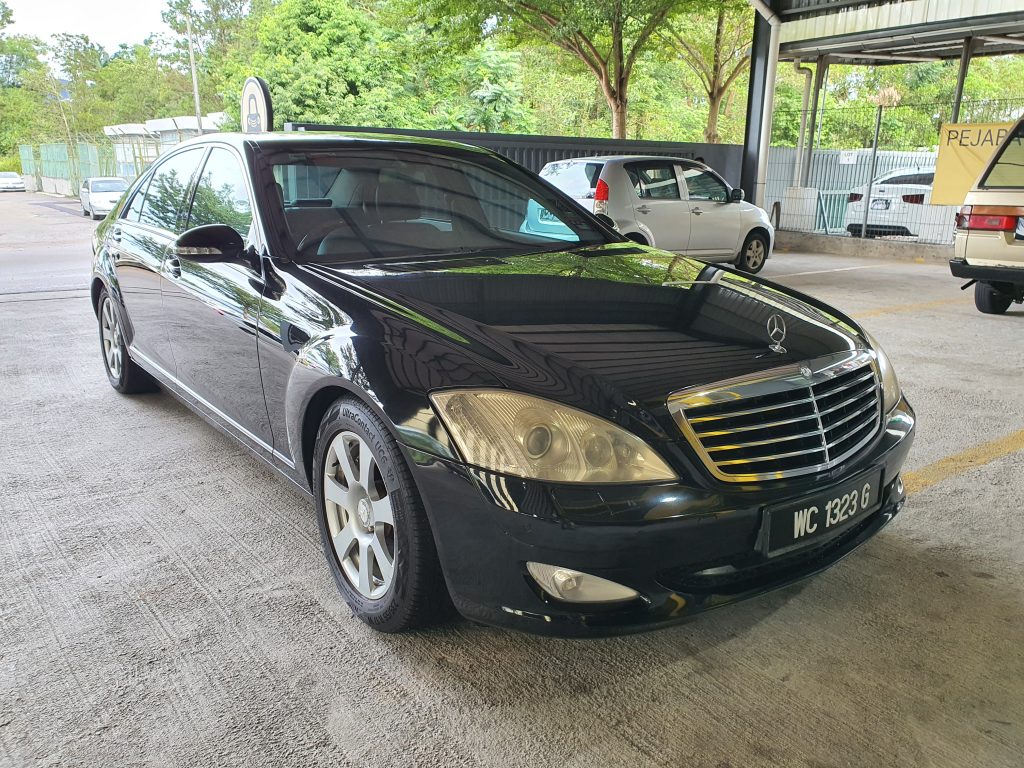 The car belongs to my late father in law, and transferred to my wife’s name last year. Mercedes Benz S300 is a local brand new unit sold under Cycle & Carriage Malaysia, not reconditioned unit of S350. The more commonly available on the road is the S350 recond import model. My father in law bought it from the original owner few years ago at over RM100k. The original plate number is PXX1, must be a very rich person from Penang.

My wife has been driving the car for several years, but in the last 2 years, it has been giving out problems. We have done quite a lot of repair work onto it, and even until last week we are still doing repairing work that costs us much $$$.

Out of my head, I remembered:

Those aare parts before adding labour costs and programming costs for the ECU. Total spent around RM30K for the car so far.

The last issue that occurred and made us to decide selling the car was the gearbox ECU. It happened few days after we gotten the car back from the workshop, after I sent the car to Carsome for their evaluations.

I contacted Carsome on Thursday night (7th July 2022) via their website and made an appointment on Friday morning 9am at their center Impian Emas, Johor. It took them 30 minutes to inspect the car. Carsome was offering me RM23K for the car, sell directly to them. This is below my expectation, I was hoping to get at least RM30k. They then offering bidding system, which starts at RM30k. By the way, their auction to dealers only last for an hour. Very short period. There was no bidder on the first round, so I resubmitted with 5% reduction. So 2nd auction starts at RM28.5K. Still no bidder. I decided to put it on hold and contacted myTukar to checkout my car.

I contacted myTukar on the Thursday, 7th July 2022 for an inspection as well, but this time I asked them to come to my house for inspection. I was lazy to go to their place. The schedule visit was made on the next Monday.

myTukar came to my house at around 1.30pm, I was busy outside, so my wife attended the inspector. It took him an hour for inspecting the car. Then, my wife called me and told me the car got stuck in the middle of the road during test drive. I rushed home and found the car at the back lane of my house. Thank God that’s not a busy road. The car was dead, can’t be started, gave warning sign that it is not in P or N gear. My wife said the inspector was test driven the car fiercely, few rounds. Bad luck or not, it died in the middle. The inspector said they will still submit the report for evaluation, and we waited till the next day. No offer was given by myTukar , but they put our car into their bidding system instead, without asking or informing us. Starting price RM22k. There were no bidder at all and myTukar automatically resubmit our car for the next round at reduced price. Again, without asking for our permission. Carsome in comparison requesting car owner to resubmit for the next round of auction at reduced price of owner is willing.

When the price hit below RM20K, I Whatsapp myTukar to stop submitting my car for the next auction. I do not want to sell the car so cheap. I would rather get the car repaired and sell to Carsome at RM23K.

I called car tow service and got the car to my mechanic for troubleshooting work. He suspected gearbox ECU fault. That was Wednesday.

I decided to resubmit my car for Carsome bidding one last time as well on the same day, since RM27k is still higher than the RM23K offered by Carsome.

The gearbox issue is actually a blessing in disguise. When we got such a low offer from Carsome, we were reluctant to sell the car. But when the gearbox issue arose, the decision is final. We have no confidence in driving the car, short or long distance. There are just too many electronic thingies in the car to take care of. There are still some issues that need to be taken care of too if we were to keep the car.

I was excited to check on the bidding that occurred at 2pm on Thursday. I was really surprised to see the final figure! RM33400.

I told my wife, this is God’s blessing. Initially we wanted to sell at above RM30K, and now we got more than RM30K. The gearbox issue is just a push for us to decide selling, and we have gotten the figure that we asked for. Carsome charges us RM500 commission, which I think is cheap.

There is a deadline to beat. Carsome auction ended on Wednesday, and once accepted the final bid price, we will have to surrender the car to Carsome within 5 days. I called my mechanic to rush getting the car repaired for me. He did, and ordered the new gearbox ECU from Kuala Lumpur. He received the parts on Friday and have the car done on Friday evening. Test drove and gear shifted smoothly. I got the car back home on Friday evening. Washed and ready for next day delivery to Carsome. Yes, I whatsapp Carsome PIC and he said I can surrender the car to them the next morning, 9am.

Today, Saturday morning, my wife drove the Mercedes while I was driving my Volvo P1800, to Carsome. Took some photos of the car at home for the final time before departing.

Surrender the car to them at 9am, thumbprint at their center and signed some documents. All done within 30 minutes. Very efficient I must say. By the way they didn’t check the car again before thumbprint, just assuming that the condition is the same as per their last inspection. Good for seller but high risk for them. But of course, my car condition is same as per their last inspection, if not better as I just change a new gearbox ECU, original brand new unit.

My sentimental and emotional wife cried on the way home. Leaving her handsome behind…

Goodbye handsome…I hope the next owner will take good care of you!