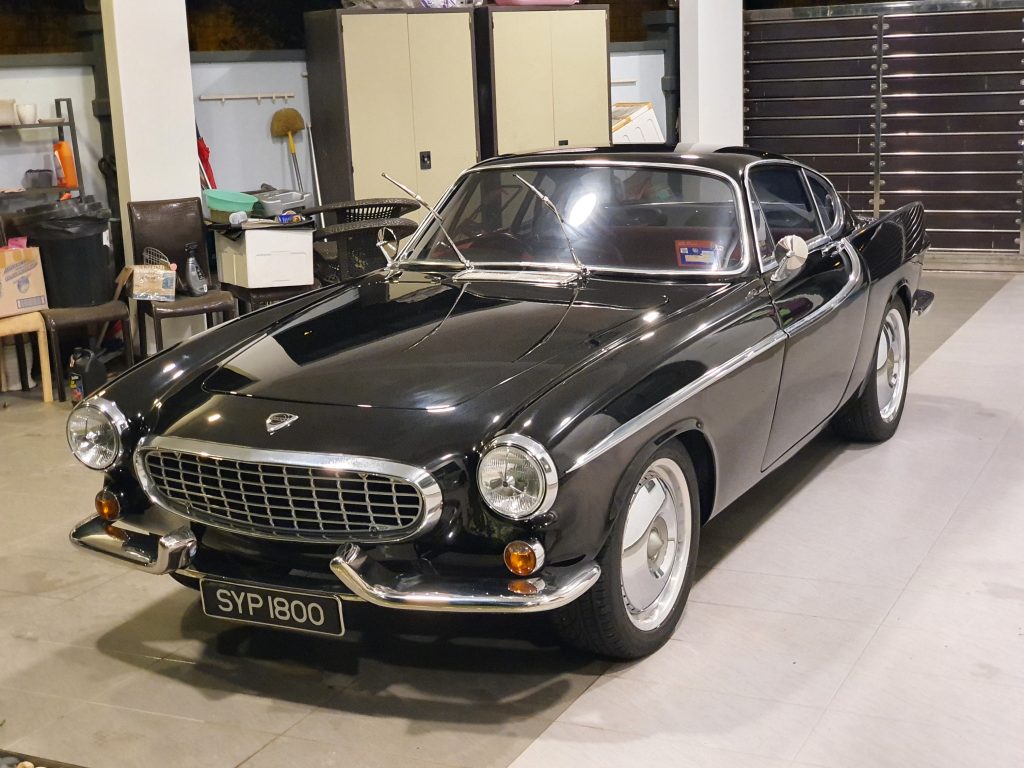 Finally, after 3 weeks at the workshop, my Volvo is back home!

The car was having electrical issue. Battery drained by itself. Troubleshoot down to the problem of the alternator, which was the first thing that I changed at the workshop when I first got my car. The original alternator from the previous owner was under power, so I changed it to a higher ampere alternator. However, the fitting wasn’t right, not properly aligned, and my car was developing a squeaking sound from the belt after few months.

Initially I thought just the alternator was faulty, so bought the same design alternator from a spare part shop at RM200. However, later did the mechanic tried fitting it to my car and can’t get the alignment right. Wasted the RM200.

Below left are the video of the RM200 alternator that I bought and installed by the mechanic. Can see clearly the alignment is way out. Center video is the “new” Myvi Denso alternator with newly fabricated bracket. Running smoothly. Right video shows the mechanic measured the voltage to confirm the performance of the alternator.

I gave up troubleshooting the problem myself. Told the mechanic to help me find a solution. So, he suggested to re-fabricate a bracket to hold a new currently available alternator, so that it can be replaced easily in future when needed. I gave him a green light to go ahead. The mechanic was busy, so after a week, he gave me good news. Today I received the following photos from him. Informing me that my car is ready, I can pick it up at 6pm.

What a great news! I am excited!

The bracket looks solid and I am quite happy with it. However, I was a bit surprised to see the alternator being an used one, as I thought he was getting me a new alternator. He said the alternator is from an used car, Denso brand from Japan, Myvi compatible. Should be good, so I am okay. After all, it is better than a not running car, and I can always get another Myvi alternator easily in the future.

Besides the alternator issue, I have also asked the mechanic to help me settle the signal lights issue (turned out to be cable loose), flush and change the engine oil, readjust the fuel and oil gauges to make them center correct.

I bought Liqui Moly Engine Flush Plus for the Volvo and asked the mechanic to flush my engine. I told him to:

Below are the results.

By the way, the Shell Helix 20W-50 engine oil that I bought, one from Shell petrol station, one from Lazada. Both looks exactly the same, just that the petrol station one is of higher price at RM80+ while the Lazada one at RM53.99 + RM6.50 shipping.

I checked the engine oil this morning, and it is clean.

Drove my Volvo back home after work at around 6.15pm. First thing was of course to have it a thorough wash. It was covered in dust after 3 weeks in the workshop.

Took my dinner and continue cleaning the car. Used Turtle wet wax to wipe it dry, gave it a layer of polish.

The Volvo isn’t perfect, but it is fun to drive and own. Learning journey.