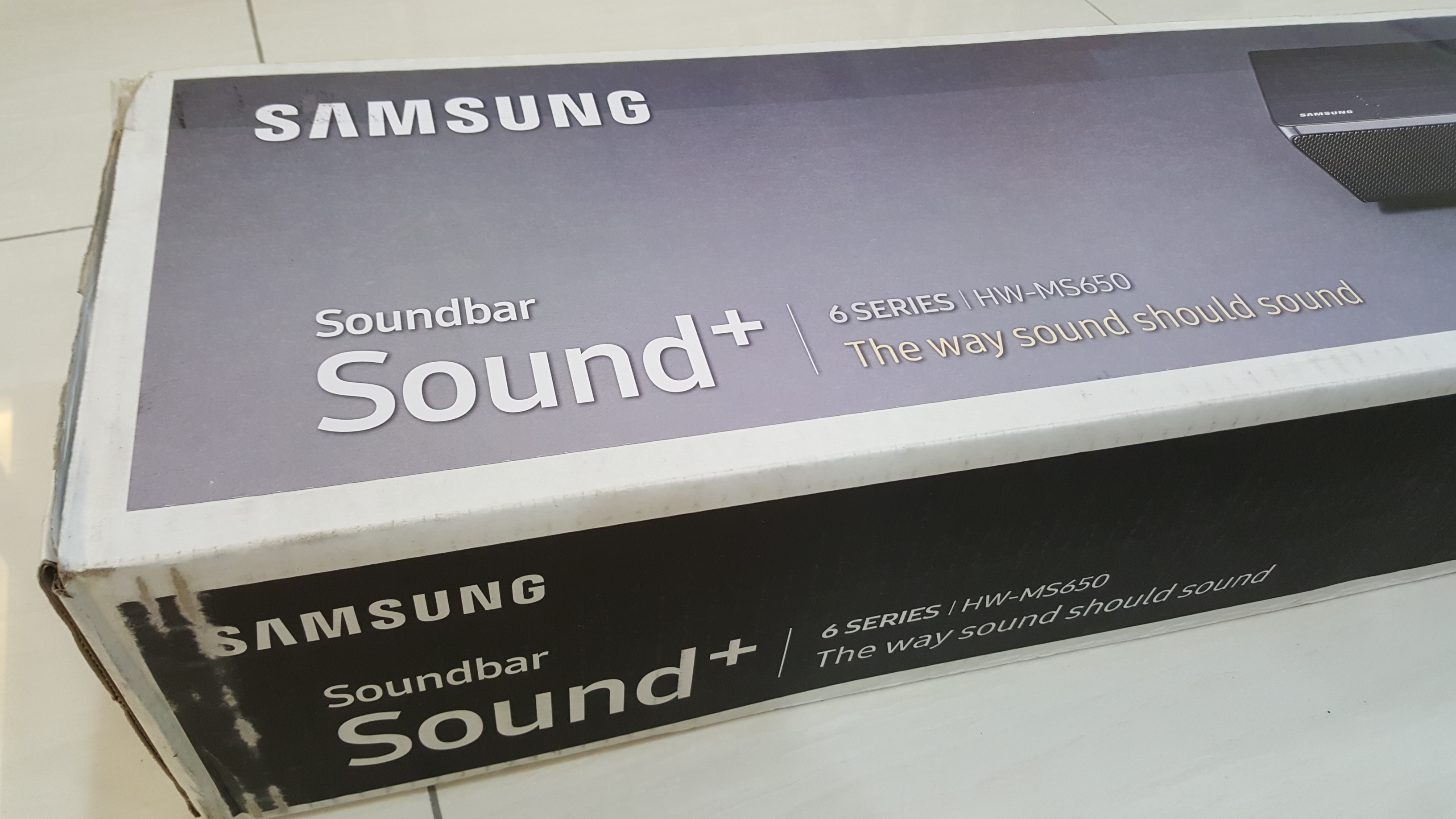 Get tired with the sound from my home TV (Sharp 60″ LCD TV).

Have difficult time hearing clearly the voice from the movie, was suspecting that my hearing has deteriorated a lot?

Then, I decided to get a soundbar again for my TV. Again? Yes, I have bought one in year 2015:

Amazing sound from the Philips, but there is an annoying delay in syncing the movie and sound. The sound is always slightly delayed as the movie, as the sound was connected using Optical cable. The soundbar is now being used as a computer speaker for my wife.

Then few days ago, I decided to get another soundbar. Google for BEST Soundbar and the Samsung pop up. 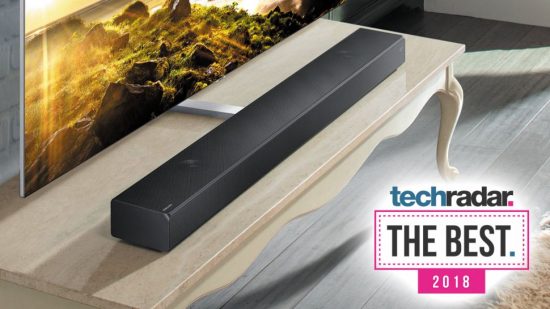 Watched some Youtube video regarding the soundbar, and decision made. Placed order online (RM1228), and viola, I got the soundbar yesterday. 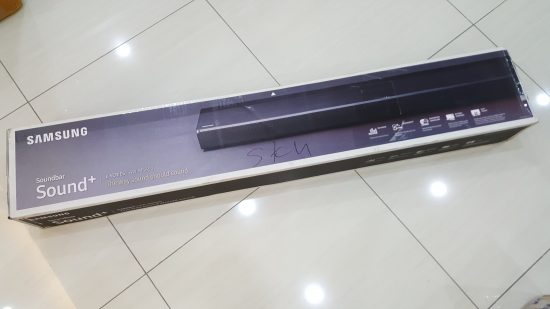 The soundbar was delivered to my office. It is HUGE, and and I couldn’t wait to get home to test it out. So I removed it from the box, and place it side by side with my Philips soundbar and did a quite comparison in sound. 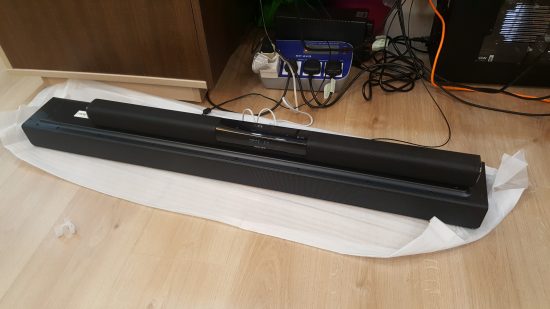 The Philips is sitting on top of the Samsung. You can see the huge difference in size between the two.

Frankly, I don’t find much difference in sound quality between the two. Both deliver crystal clear sounds played from my wife’s computer. The Samsung seems to have a bit of strong base (I didn’t test the base part in depth, as personally I don’t like heavy music).

Setting up the soundbar at home is quick and easy. The Samsung set comes with an HDMI cable, so you don’t have to go find one out there. The soundbar is HUGE, but it actually sits quite well on the table covering some of the cables coming out from the table to the TV. So it is quite nice. I noticed that the remote controller of the soundbar is exactly the same as the Samsung smartTV that I have in my office. Interesting. Some users said that you can control the soundbar and TV with the same remote if you paired them together. 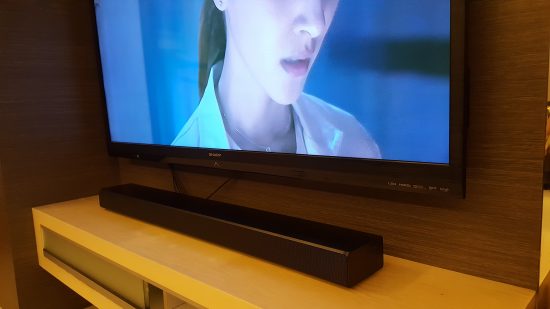 Now the verdict…how’s the sound?

1. First and foremost, there is no lagging in the sound vs image. All sync well.

2. Default volume is 50. I find it to be good and loud enough to listen to. The Philips default volume is way too low, and every time I switched it ON, I have to turn up the volume myself.

3. In order to have the image on the TV, you must switch ON the soundbar, and you must select the soundbar to HDMI channel. Else there will be no signal sent to the TV.

4. Now…the sound quality. Yes, it does makes some differences. Voice and talk from the drama we watch now is clearly hear able. My wife said that’s because I turned up the volume, but I know that’s not the reason. I couldn’t or don’t want to test the before and after sound of the soundbar with the original TV sound, because it requires different cables. So, no need for that. Most importantly is that now I don’t have to torture my ears hearing movie drama that I can hardly recognise and have to always read the scripts on the screen!

In conclusion, yes I think this is a good soundbar. It solved the poor sound problem of my existing TV, and improve the movie experience at night.

Worth the money or not it depends. For me, I am fine spending the RM1228 on it to improve the poor sound quality from my TV.