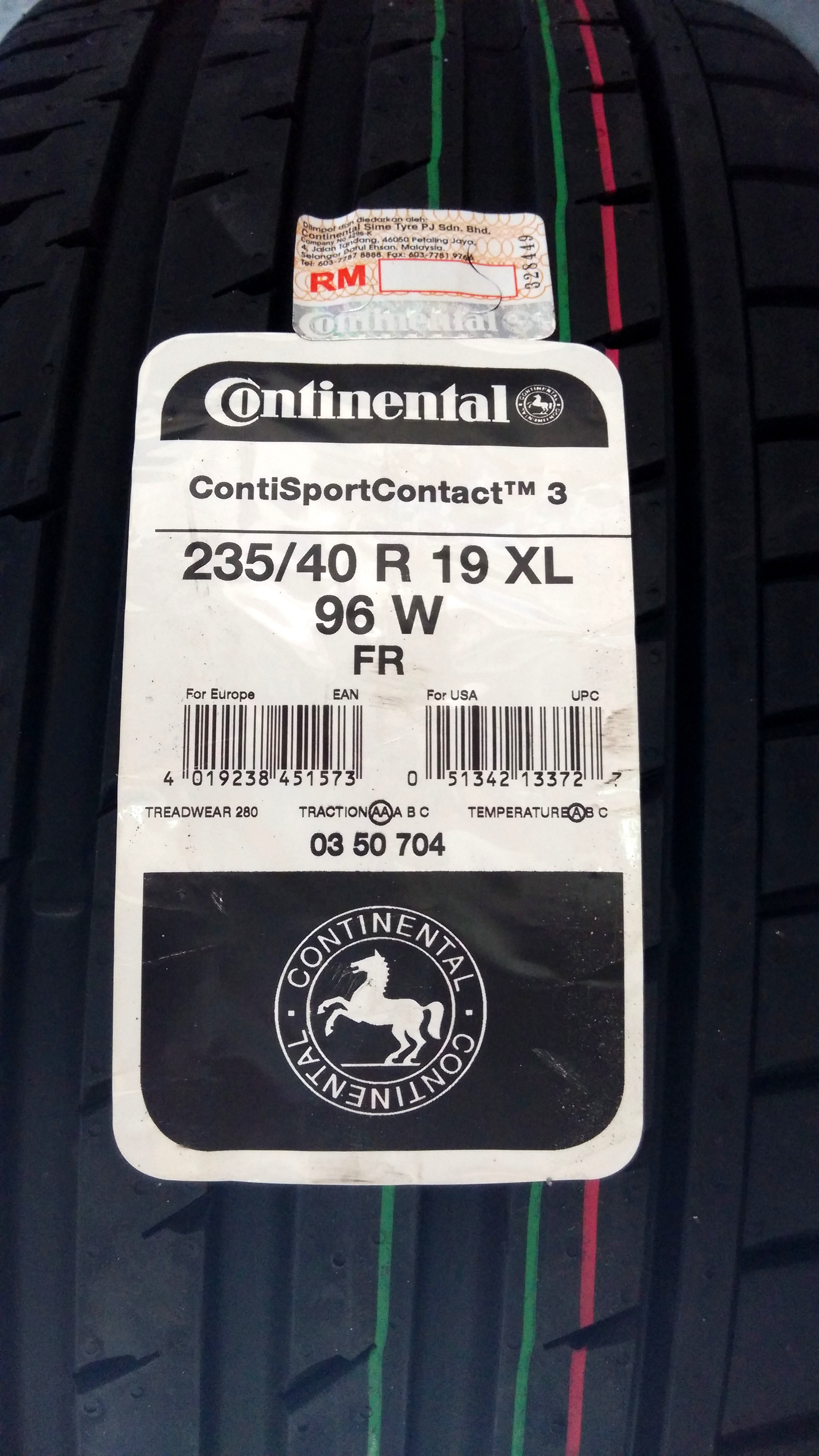 After sending in my wife’s Peugeot 407 for servicing, I decided to might as well do mine (RCZ) as well. It is already overdue by 2 months… :p

Normal servicing, RM495. Using Total engine oil. Petronas oil will be cheaper, but I prefer Total, since it is what recommended by Peugeot France.

The service centre asked if I wanted to rotate my tyres or not, since the two front tyres are quite worn out. I said NO at first, since I thought rear is more important than front (there are many confusing arguments out there in the internet), but the mechanics there said front is more important, as it hold the grips and steering. They asked me for 2nd time, and since they are the expert, I said OK. Free of charge.

After they removed the front tyres, then only I realized how bad the condition is. The one on the left is already have the metal shown, definitely NOT recommended for driving any further. So a change is a must, no more waiting. (This pic was taken at tyre shop two days later)

I went to two tyre shops to ask about the tyre – Continental 235/40 R19, this is a weird size. No shop keep stock of such tyre, and they said they will get back to me after checking with supplier.

I got phone call the next day. One quoted me RM1250 per piece, and they other RM1200. Of course I chose the cheaper one, and I am going to change TWO. Coincidentally they have two units available in Johor, year 2014 model. So not too old. I make an arrangement to go change the tyre the next next day. It took about an hour for them to change the tyres and do the balancing and alignment. One think I doubt on the alignment is that they do not have Peugeot RCZ in their system, so they use 407 as reference. No good. Anyhow, no choice.

One thing to note. There is a Pressure Sensor in the tyre. So extra care must be carried out when removing the tyre from the rim. They didn’t realized it on the first tyre (which I also forgot until I saw the sensor for the first time), and they make extra care on the 2nd tyre. I was observing them and I think no damage on both tyres.

Anyhow, bad thing. After driving my car home, there is WARNING LOG on my RCZ. Both front tyre are deflated as told by the onboard computer. Initially I thought maybe the tyre pressure is too low, so I went to petrol station to pump to the correct 240psi. Anyhow, at the petrol station I saw the pressure inside is already 250psi, so it shouldn’t be under pressure. Bad…

I went back to the tyre shop, they have no idea as well, and asked me to check with Peugeot centre if a resetting is required after tyre change. Peugeot service centre is closed on Sunday, so I can’t get hold of them.

Today, I managed to call my local Peugeot service centre, and got confirmation from them that a resetting is required after tyre change. I will head for the resetting later, hopefully it is just a simple reset and no more error/warning log.

I went to Peugeot service centre at Bukit Indah wanted to reset the pressure sensor in my tyres. Upon reaching there, I noticed that the fault warning is no longer there. Could it has been automatically reset by itself ? (as what I have read in Peugeot UK forum)

Anyhow, I still ask the service centre about the resetting. Too bad, they said they do not have such tool to reset. What?! When I called in the morning they said they can do.

Nevermind, I think the reset has been done automatically by the car. No warning, no fault now. 🙂