Yes, no longer the New Beetle, which was the last generation beetle. The new Beetle is now called The Beetle.

Passed by Volkwagen showroom today, made a sudden left turn and drove straight to it. Saw a black beetle parked outside the showroom, must be the test drive model.

Was quite late at 6.30pm, salesman didn’t bother to entertain me. Walked straight to one of them, and told him “I want to see the Beetle.“.

I actually saw a red one in the showroom, later the salesman told me it is actually a new owner’s car, waiting to be picked up. Already registered. No test drive, as it was quite late already and traffic jam outside. I went to see the black one parked outside. Quite dirty, and black is no good that shows dirt easily. Sit inside the car, quite comfortable. The car is not that low, not a sports car type of feeling like you DROPPED or SANK into a car when you sit inside. The seat is comfortable. Good padding and cushion. Black, hmm…a bit dull. The salesman told me is leather, but I am not sure what type of leather. Genuine or synthetic… The car is SPACIOUS. Yes, really is spacious. I even tried the back seat, plenty of head room (I am 180cm), though leg room is limited (my legs touched the back of the front seat). Just need to adjust the front seats forward a little and the car is a very practical 4 seaters. No, no space for the 5th person. No, I can’t associate the interior design of the car with the word “luxurious”. The interior design is quite simple. Maybe because of Black Color, it looks dull too. The sports steering is nice, small with some control buttons on it. The DSG gear shift stick looks good and elegant, 7 speeds DSG matched to a 1198cc TSI engine. Should be nice for city use. The Beetle box is plasticky.

The LCD entertainment / info system looks OK. I don’t have time to try out the setting. Looks clear, good and huge on first impression. LCD not very big though.

The interior is best matched with colour like below, not BLACK. Yes, it is a Beetle. Maybe because of the color, Black, I don’t feel particularly excited about the car. It should be an exciting car, and an exciting car should be in exciting color! Not Black for sure. Though it is metalic black, but still it looks dull with dirt (rain stains). The design is nice, OK, maybe I have seen too many photos of it online. The boot is spacious. The 16″ RIM design is normal, nothing exciting, wrapped in Bridgestone tyre. There is a space saver tyre in the boot, with Continental tyre wrapped.

No LED light in front, which is the biggest let down. I guess they want to distinguish the 1.2, 1.4 from the 2.0 easily, with only the 2.0Turbo has LED lights. Did I mention a red Beetle inside the showroom? Yes, I went to check it out too. Just exterior only. Not nice to sit inside a brand new car that belongs to somebody already. Not metalic red, solid red only. So for me the color is a bit dull too.

Then, the salesman told me there is a BROWN colour available in their showroom too, as asked if I am interested to see. Sure!

He drove me to look for the car, yes, drove me with his car to look for that brown Beetle. It was parked at the back of their showroom, in the parking lot next to their workshop. Metalic brown, more like BRONZE color. Nice I must say. Better than the Black and Red. Very shinny eventhough it is parked outside with some dirt on it. Dirt is not very visible on the car. The interior is having the matching color as per the exterior. Is Brown an exciting color? Not for me, but I think it matches the Beetle well as an ANTIC CLASSIC.

(1.2TSI doesn’t come with spoiler at the back. No sunroof too.)

“The lucky owner just book the car on the 5th September 2012 and he already gotten the car now!“, told the salesman. Why so fast? Brown was not in their initial offering, hence no pre-order for it and they only start taking order for Brown when it is available. So some lucky buyers got to get the car immediately. Other colours waiting period is 3-6 months.

For me, I think the best color for the Beetle is YELLOW, followed by WHITE.

No, I am not buying one. Still, it is fun to look at one. 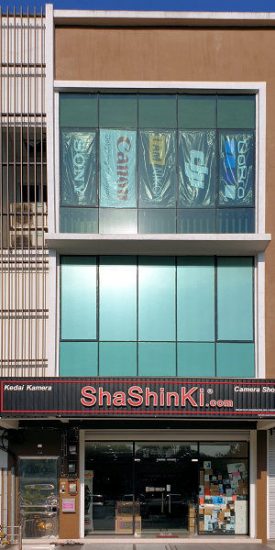