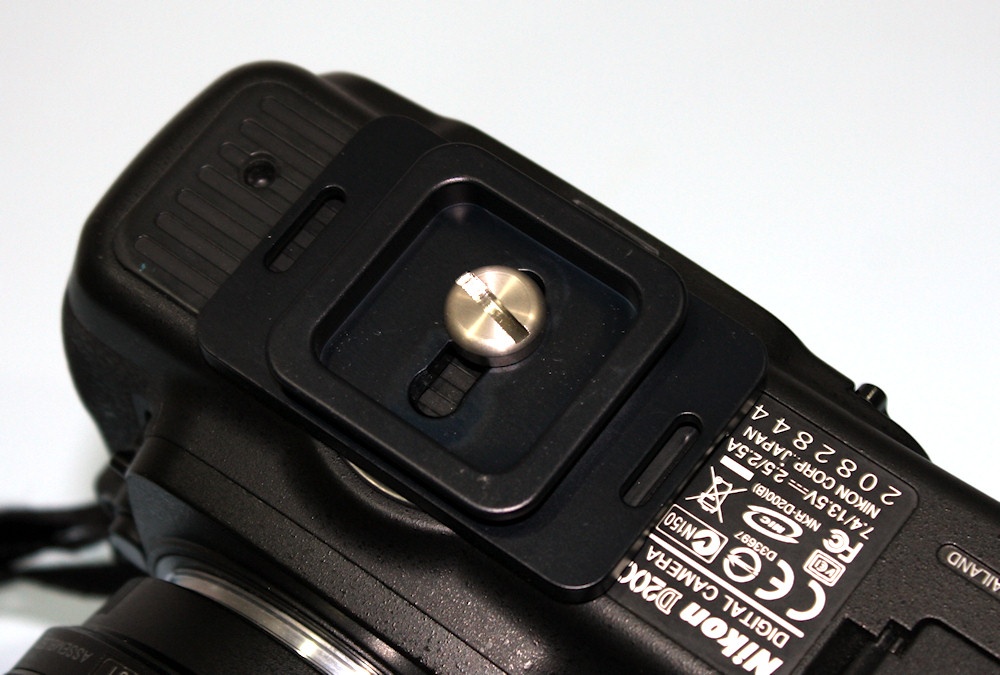 I found one…then I found a bunch! I found Photo Clam, then a series of professional ballhead!

Photo Clam – A name not to be forgotten in the photography industry. They create ballheads, GREAT ballheads! They are new, started in year 2007, but quickly gained their good name and reputation in the internet due to their product quality. In the picture above, I have actually loosen up the knob of the clamp, and the plate stop sliding forward and caught by the safety pin.

Below below shows an QR plate attached to the bottom of a camera. This is a general purpose plate, Photo Clam PC-52-UP2, which can be used for camera or lenses. The good thing about the design of Photo Clam plate is that the screw has a coin accessible thread, which can be used to lock and unlock the plate easily! The plate attached firmly to the camera once locked.

There are two dovetails on Photo Clam plates, which can be used as hole for hand strap to tie over it. Handy! Photo Clam PC-52-UP2 has 4 pieces of rubber on the plate, making sure that the plate does not rotate once tighten. I took a Photo Clam PC-36NS ballhead for reviewing. It is the middle size in Photo Clam ballhead series (smallest ballhead is PC30N, biggest is PC-74NS), which is a very popular model.

A ballhead that is able to withstand 30kg load…Let’s see the size of the PC-36NS sitting next to a Canon EOS 40D camera. Smaller than the size of my palm.

I am not sure if there is a black and white manual telling one how to use a ballhead. Not that I have read any, but below is how I prefer to put my ballhead as. Plate knob underneath the camera on the right, while ballhead lock / unlock knob on the left. Pan lock knob pointing towards the photographer. With this orientation, I can have my right hand on the camera, composing the camera and finger ready to press the shutter release, while my left hand on the lock / unlocking knob.

Some might prefer the following orientation, no right or wrong I guess, just your own preference. Notice a little tiny screw on the big locking knob in the ballhead (photo below)? That is friction control Friction control on Photo Clam PC-36NS ballhead allows adjustment of the “tightness” of the ball even when the locking knob of the ballhead is set to loose (Zero on the red marking). Photo Clam use a highly visible red labeling for their friction control marking, which is definitely a thoughtful design. What’s the marking for you may asked. Personally I find it handy as if I knew that I can lock my Canon EOS 40D with 18-55mm lens at turning till 5 marking, then I don’t have to turn till 7 every time. If I knew that an EOS 40D with 70-200mm F2.8 lens would need to turn to 8 to lock it tight, then I won’t turn till 5 and stop there. Different practice for different people, some might not even look at the numbers…but I think it is good to have rather than missing it. 😛 When a heavier load is being carried, friction control will allow precise adjustment to ensure that the ball does not loose up too much (dropped) or too tight.

There is a separate screw that is being used to lock / unlock the panning base of Photo Clam ballhead. Photo Clam call it Panning-fix knob. Once locked, the base will not move. It locks securely and firmly. This is extremely useful especially when you lock your equipment onto the ballhead and carry the whole system on tripod over your shoulder. You would not want the panning base to loosen up and turn, causing your equipment to hit something. Kudos to Photo Clam for creating a secure panning base.

I have seen many ballhead makers put a spirit level on the top of the quick release system, which I find inconvenient to use. Once your camera or lens is on the QR system, you can’t see the spirit level anymore. Again another thoughtful design of Photo Clam to put the spirit levels (yes, s because it is plural with 2 spirit levels) at the side of the Arca Swiss Quick Release System.

This should be one of the most important part in a ballhead. The BALL!

There is NO OIL on Photo Clam ball. Yes, oil free and no greasy thingy on your fingers when you accidentally touched it. I didn’t get the technical data of Photo Clam technology, but I believe they use Teflon coating on the ball or / and the housing to ensure smooth while still oil free operation. You won’t believe how smooth it is until you have tried one. See the ball above! Matted colour ball with no oil, not a single drop. (Warning: Do not outsmart and drop oil onto the ball!)

There are similar quality products in the market, but is either too expensive or / and with some weakness. Photo Clam, being the latest professional ballhead in the market, founder who is a photographer himself, created Photo Clam to offer professional quality ballhead to the general consumer to be able to enjoy the fun of tripod + ballhead photography without breaking the bank!

Where else? Your online camera shop! ShaShinKi is the distributor of Photo Clam in Malaysia, bringing Photo Clam directly to you at an affordable price! 🙂 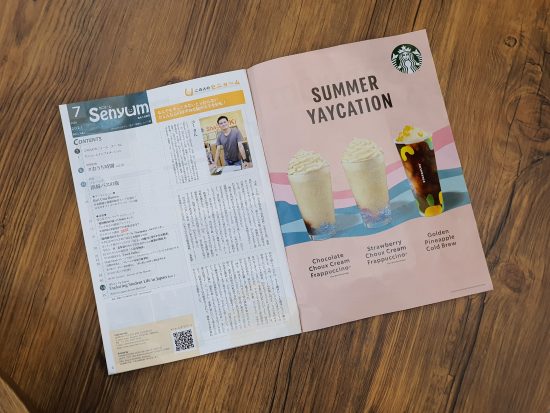 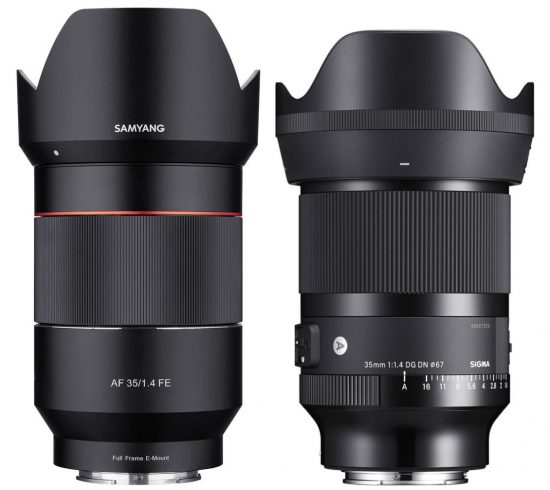 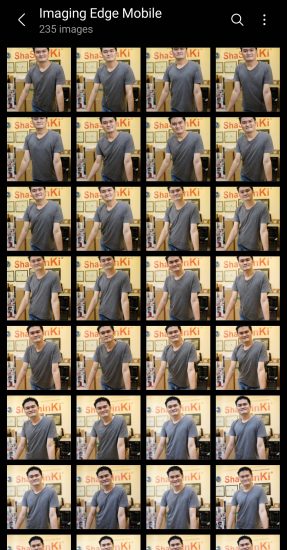 Self-portrait for a magazine interview 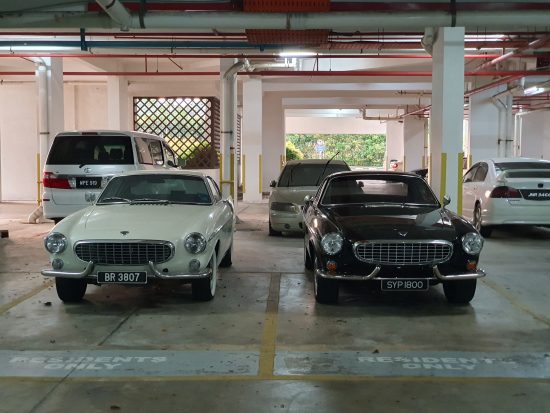 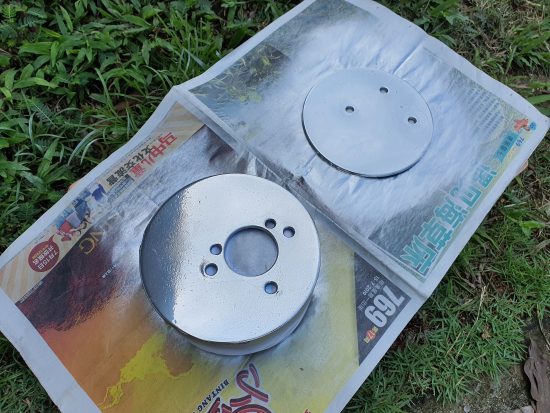 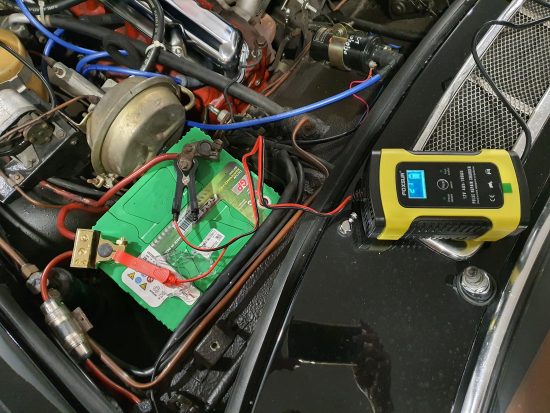 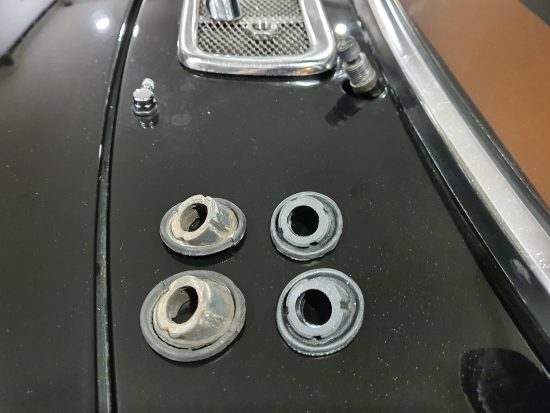